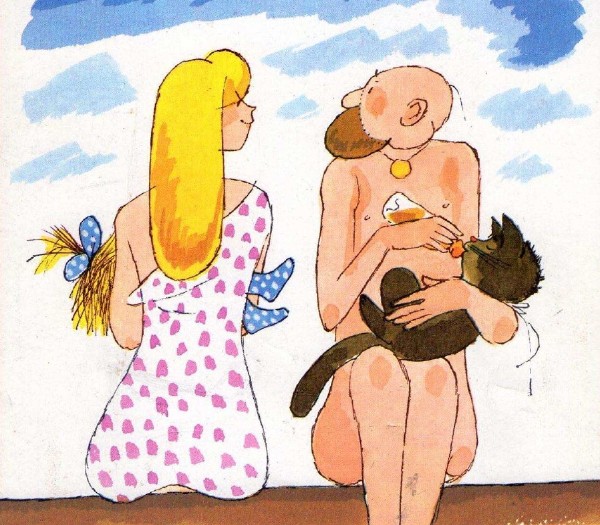 Life is funny. It is never the coldest girl who gets the mink coat.

From rags to riches is the typical American success story but actually riches to rags is the raster trip. We know a fellow who, just two years ago, had a yacht and a dozen fancy women. Today he has only a row boat and a couple of oars.

Two old friends had not seen each other for almost ten years. When they accidentally ran into each other on the street, it was an occasion for much rejoicing. As they bent elbows at the nearest bar, they began discussing what had happened to them since they last met and naturally they got around to their families.

This news made Tom sad. "I've been married eight years, too," he said, "but I have no children. How do you do it?"

"There's nothing to it," replied Joe. When you go home tonight, go into the bedroom before your wife and sprinkle the room with her favorite perfume. Then put some romantic LP's on your record player, and ask your wife to put on a sheer nightgown. As she climbs intoned, put out the lights, open the window and whistle."

"Whistle?" asked Tom in surprise. "What do you whistle for?"

"For me, of course, I'll be outside waiting and when I hear you whistle I'll come in and show you what to do." 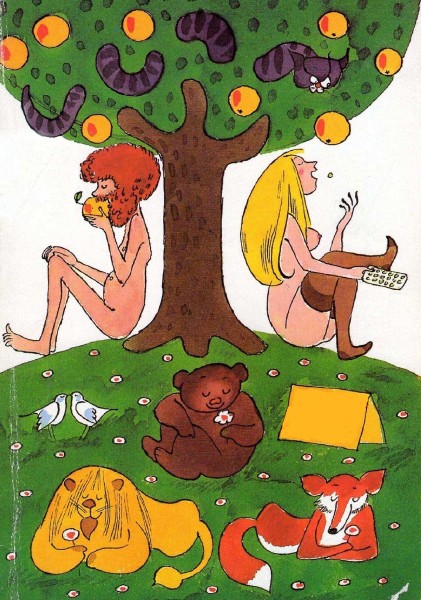 The cause of so many divorces is the same old tale.

When Silas was in the hopsital, he had a day nurse and a night nurse. In the afternoons he rested.

A lady had many admirerers. Each sent her a fowl for Easter. She was gifted with quite an assortment. Some henned her, some ducked her, some geesed her.

Sailors who have been at sea for months at a time usually become disgruntled but there are two sailors aboard the S. S. Hurryup who are always contented - Henry Fitzpatrick and Patrick Fitzhenry.

It may be fun to fight about a kiss, but it's more fun just to take it lying down.

Of the 31 pupils in the anatomy class at college only one was female. The professor was giving a quizz one day on the work they had been studying the week before and calling on Miss Jones, he asked:

"Miss Jones, what part of the human male, in times of stress and emotion enlarges to ten times its normal size?"

Miss Jones glanced around the room, blushed, and said, "I'm sorry, professor, but I refuse to answer that."

The professor turned to one of the other students in the class. "Mr. Smith, he said, "can you answer the question?"

"Yes sir," replied Smith. It's the pupil of the human eye."

"Correct," said the professor. Then turning to Miss Jones, he said," I have three things to say to you, miss. First it's obvious that you haven't done any studying for this exam. Second, you have a dirty mind and, third, you're going to be very disappointed when you get married." 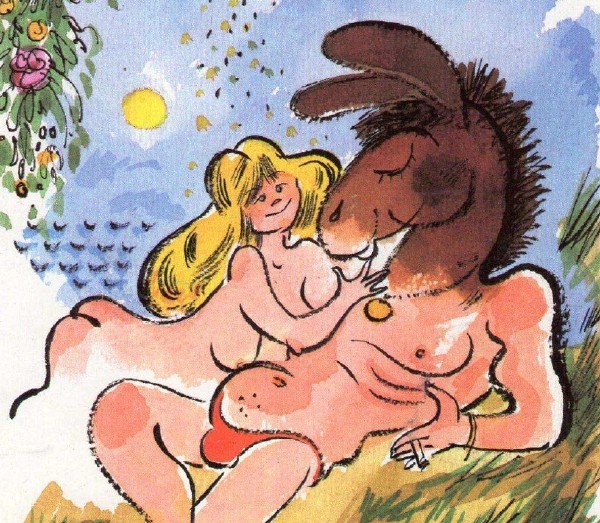 Some of the girls who attended the political conventions didn't care who got in.

When they're tall and terrific,
You gotta be specific.

Did you ever notice what motel spells backward?

After siring five daughters in a row, the new father happily announced that the latest offspring was a boy. As he was passing the cigars around, one of his friends asked him if the infant looked like him or its mother.

"I really don't know," said the beaming father. "We haven't looked at its face yet."
Her friends were telling the middle-aged widow that she should remarry.

"What's that got to do with it?" asked the friends. "It's not the same as having a man around the house."

"Oh yes it is!" exclaimed the other. "The dog growls all the time, the parrot swears, and the cat stays out all night."

The bachelor had spent a couple of weeks at an expensive resort but the pickings had been pretty slim. On the eve of his return to the city there was a dance at his hotel. The bachelor was delighted to discover that a stunning new girl had arrived. He asked her to dance and she accepted. As he was whirling her around the floor he held her very close and murmured: "I'm leaving tomorrow, honey. There isn't much time left. So how about speeding things up a bit?"

"For crying out loud," said the girl, "I can't dance any faster than this." 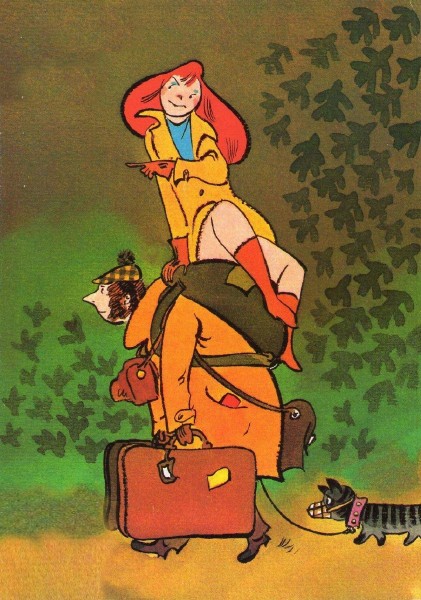 A writer met an old friend on the golf course one afternoon and after they had exchanged greetings the friend said:

"Buddy boy, I've got to stop reading your books and articles. I read -your article, 'Disease A La Carte', about the unsanitary conditions in restaurants around the country and I couldn't eat. I read your article about insomnia and I couldn't sleep. I read your book on the dangers of travel and I've been afraid to go anyplace since I read it. What in the devil are you working on now?